Understanding the geometry of an equirectangular image with the aim training a computer to detect the horizon.

Understanding the geometry of an equirectangular image and training a computer to detect the horizon.

About a year ago, I briefly touched on how various projection types for 360 photos.

In todays post I am going to go deeper into the geometry of equirectangular projections as a way to idenfify roll mathmatically (and with the help of a computer). 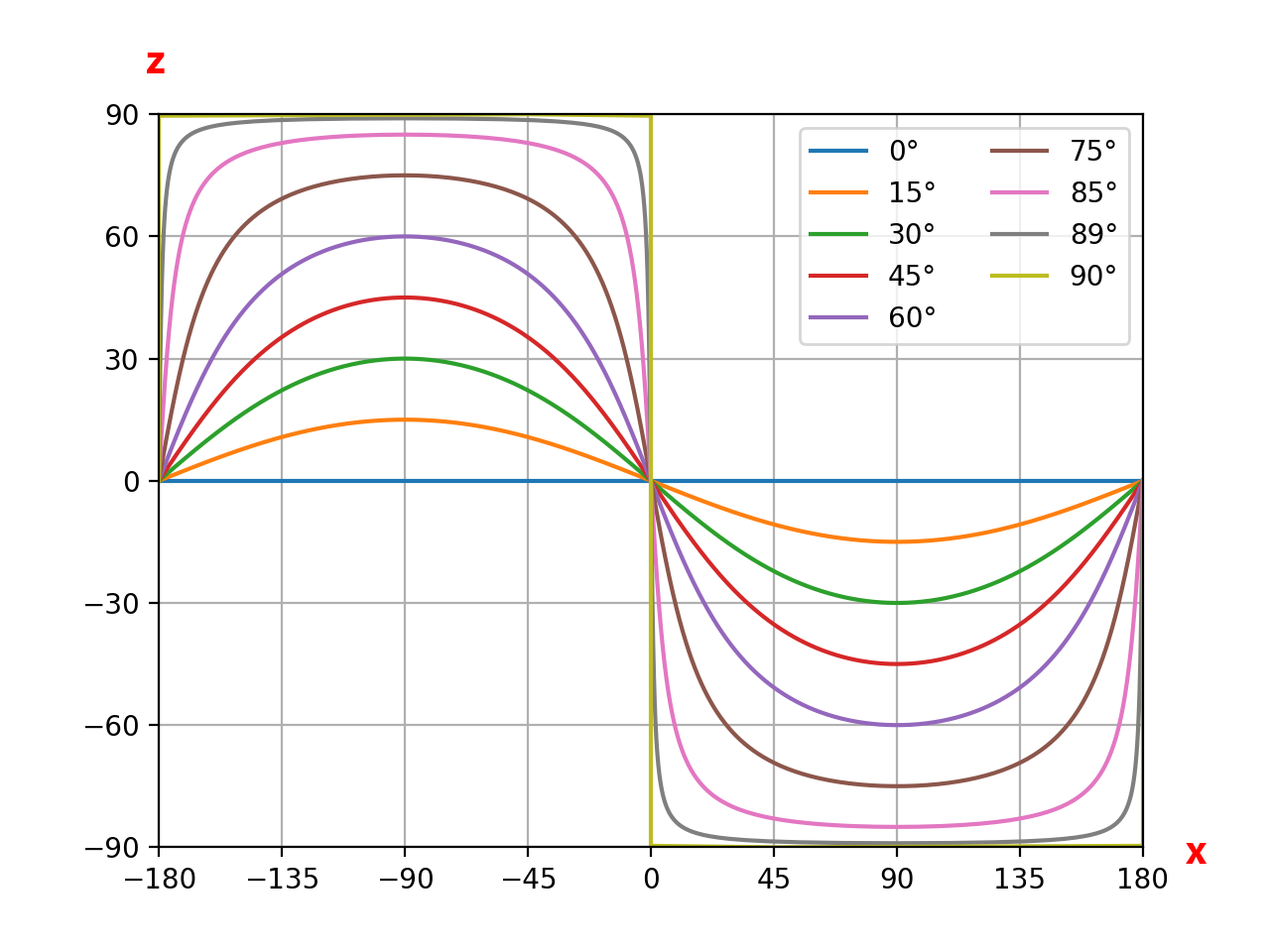 At the most simplistic level, when you look at an equirectangular image (as a flat image), the x axis is the longitude (left and right from -180 to 180) and the z axis is the latitude (vertically up and down from -90 to 90).

However, assuming the measurements relative to the photo (that yaw is 0 degrees and pitch is 0 degrees) we can estimate roll.

In the graph above you can see the waves representing roll (rotation around y). This is exactly the same as what I was showing last week.

Have a play for yourself adjusting the roll value and watching how the modelled horizon changes.

Ofcourse, the visible horizon is not always going to be z=0, this requires further calculation to adjust, however, hopefully the general concept is clear.

Using a computer to draw the horizon

I’ve talked a lot about the horizon. The orientation of the camera is important. You’ll notice that each roll horizon has two identical wave.

The difference being where the sky (or ceiling) is located in an actual photo.

Remember, in a GoPro equirectangular image we don’t have access to the IMU data, so we need to not only teach the computed to identify the wave, but also the orientation.

By teaching a computer what “upside down” looks like (e.g. sky, orientation of identified objects, etc.), we can also determing this.

To start teaching the computer, we need some training data that is labelled with roll. The computer can then start understand what roll looks like using the roll value and the visual of the photo itself.

To do this we can use the approach to extract telemetry from a video (and then assign it to extracted images from the same video), as discussed in the post Automatic horizon and pitch leveling of GoPro 360 videos.

Trail Maker uses gopro-rpy to assign roll, pitch, and yaw to images to each photo (inside the XMP tags (e.g. XMP-GPano:PoseRollDegrees) so is perfect for this requirement.

The roll value is also stored against each photos record in a sequence.json file that accompanies the images.

Now all that was left was to shoot the videos to extract frames from that we could use in the training library.

Essentially the more training videos (and the variety of visual landscapes in them) will help train the model.