Last month I looked at the history of the Street View camera, from the early versions in 2007, to the drastically improved cameras Google now uses.

Many of you followed up, asking me about the lasers I mentioned fleetingly in that post.

Well, here’s more about the lasers, and the many other sensors that make up the Google Street View Camera rigs.

Street View imagery must be associated with accurate positioning.

Each camera is equipped with a combined DGPS (Differential Global Positioning System) / IMU (Inertial Measurement Unit) system from Topcon, together with a wheel mounted odometer that, in conjunction with the IMU (accelerometers and gyroscopes), can help establish a position where GPS coverage is poor or has been lost in tunnels or within high-rise urban areas.

Once the pose is computed by Ceres, Google aligns or snaps the pose to a map of the road (or path) network in Google Maps.

Ceres replaced the Google Pose Optimizer (GPO) incorrectly referenced in a previous iteration of this post.

Thanks for the tip, Daniel Yu! 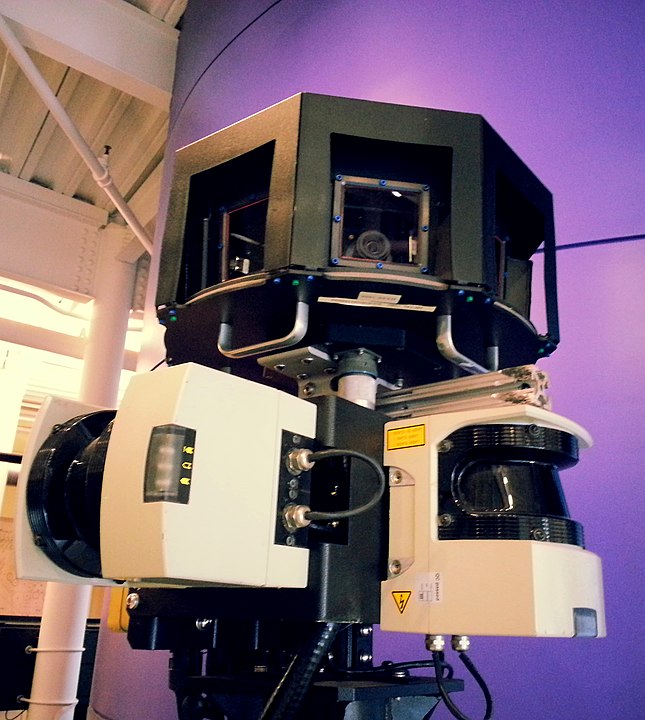 As mentioned in my history of the Street View camera, even the prototype Street View cars had side and front-facing laser scanners installed to measure depth.

All Street View cameras since the R5 (2008) feature a pair of $6000 Sick AG LMS 291 laser profilers that are attached to the mast and continually measure a series of range or elevation profiles on either side of the mapping vehicle. A third SICK LMS291 profiler measures the road surface in front of the vehicle.

The laser range scanners measure up to 50 metres in the front of the vehicle with a 180 degree range. These are used for recording the actual dimensions of the space being photographed, for example the distance between the camera and the facades of the buildings.

That spacial recognition is what helps Google patch all of its images together and give them a 3D feel. 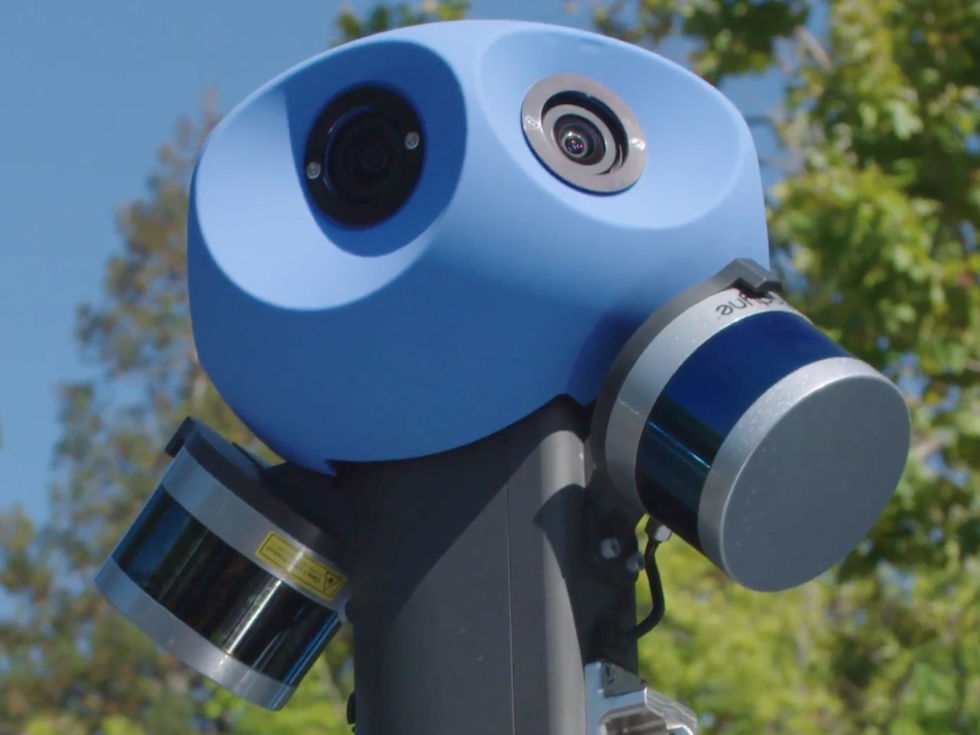 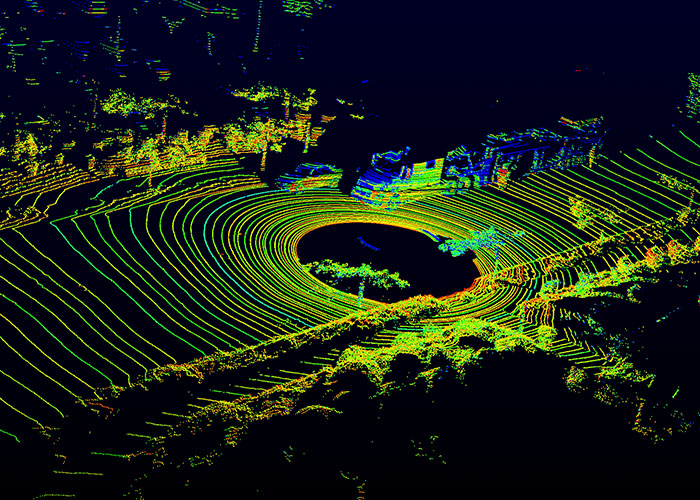 LIDAR scanners from Velodyne were added to the latest cameras (replacing the laser profilers).

These are the ubiquitous Velodyne VLP-16 “Puck” sensors, allowing the to car “see” in 3D in 360 degrees. These $8,000 Lidar sensors are most commonly used in autonomous car prototypes.

Mounted at 45° to capture 3D depth information, they are also used for additional positional information. Most of the LIDAR data is used to create Google Earth’s 3D imagery layers. 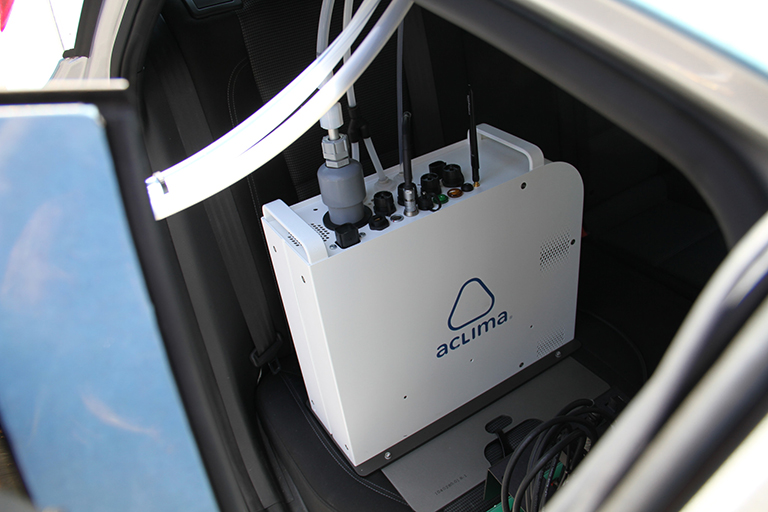 In September 2018, Google announced it would integrate air quality sensors from Aclima into its global fleet of Street View vehicles.

You can see some great analysis of the data from the ‘Air View’ project here.

From 2008-2010, Google’s fleet of cars were also equipped with WiFi hardware to record the names and MAC addresses of nearby routers (inc. houses) to improve Google geolocation services.

After being made public, and receiving much criticism, on June 9 2010 Google issued statement that it had decided to stop its Street View cars from sniffing wireless networking data.

As it transpired the company was also, accidentally, in some cases,, collecting network data packets (which could have potentially included any traffic on the network, including the websites being visited). As a result, Google faced legal battles around the world with the data collection being deemed to be illegal, including a $190,000 fine in Germany.

We believe air quality sensors are really important to keep track of the health of our environment, and we’re already forming plans to retrofit them to the Trek Pack.

Imagine being able to compare air quality at different locations or altitudes on a hike, and on different days or times!

If you know of any cheap, low-powered, yet fairly accurate air quality sensors we could potentially use, please contact us.