Our oceans are amazing places.

More than eighty percent of our ocean is unmapped, unobserved, and unexplored. Much remains to be learned from exploring the mysteries of the deep

As reported by the National Ocean Service (US).

Knowing the GoPro Fusion’s on our Trek Packs are waterproof, we took a boat out to sea to start shooting.

Though we quickly ran into problems…

Water changes the effect of light

Without going too deep, having water directly on the GoPro Fusion’s causes light refraction issues.

Light behaves differently in water and differences in light on either side of the camera cause issues during stitching, including stitch lines in the photo and focus problems (blurring of photo).

To solve these problems, a clear barrier between the water and camera is required. The cleanest way to achieve this is with a “fishbowl design”. 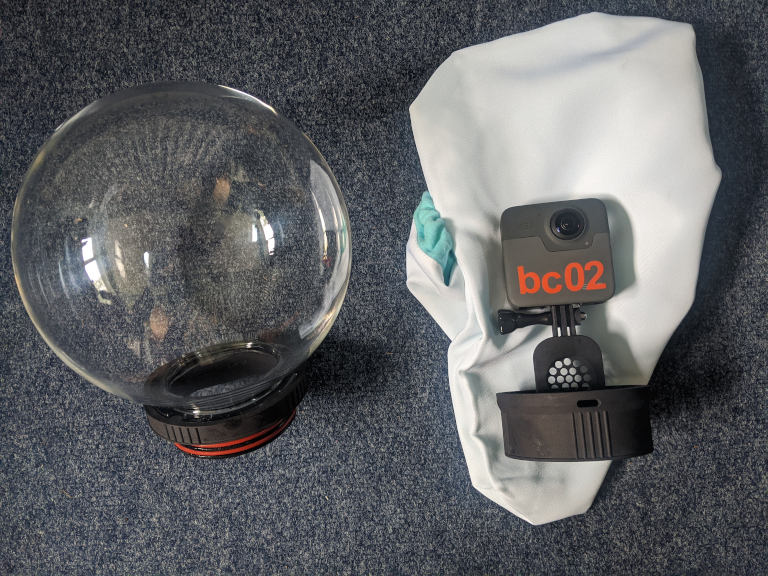 The downsides; it’s a little bulky to put in your hand luggage (and requires a hard case when placed in checked luggage). And the price.

GPS does not work underwater

GPS does not work underwater, especially in salt-water.

Take a GPS receiver, place it just 30 cm underwater, and it’ll probably lose its lock on to any GPS satellites.

Despite the GoPro Fusion being waterproof rated to 10m, this does not include GPS functionality.

This means you’ll need a receiver on the surface to capture a GPS track of your dive.

As always, we needed a cheap and easy solution. 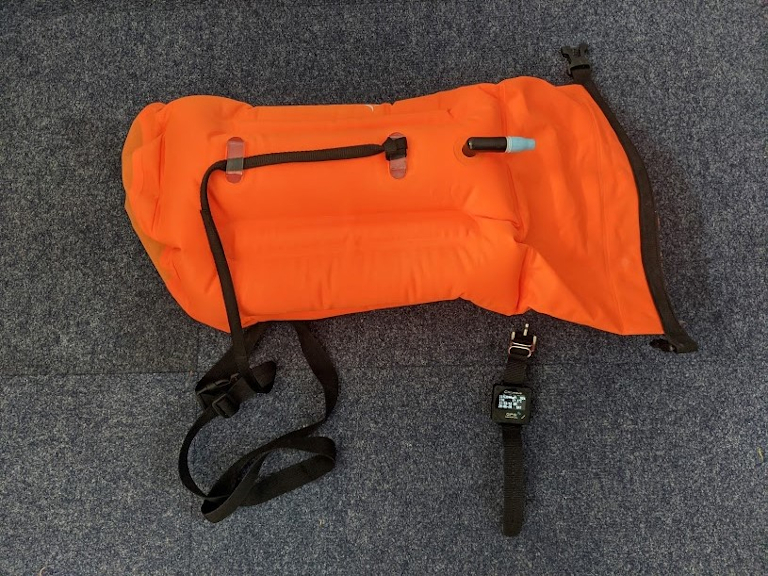 After some experimentation we used a swim buoy with a GPS receiver watch inside it tied to the diver using a dive rope (we were diving in an open area).

We chose a cheap swim buoy and GPS receiver with a good chipset. You could also use a smartphone to track the surface GPS log (we were a little worried about getting ours wet!).

Don’t worry about placing the GPS tracker in the dry buoy – GPS will work through plastic.

On the boat we turn on the GoPro Fusion, setting it to 5 second timelapse mode without GPS.

When the diver gets in the water, we turn on the watch to capture location every second.

As the diver moves in the water, they keep the buoy string tight to keep it as close to overhead as possible.

It’s not perfect, and does not capture depth (we’re currently experimenting with dive watch data) but works surprisingly well when out in the harsh conditions of the ocean.

The only issue we’ve suffered is the camera overheating in the bubble after around 2 hours of continuous shooting (due to the lack of airflow in the 360 Bubble). We’ve found no solution to this issue yet, and know all housings will suffer the same issue.

After capturing the photos and GPS track, you’ll need to geotag the photos (add GPS co-ordinates to photos EXIF data).

Even 1 minute of footage (at 5 second timelapse) will produce 12 photos that need to be geotagged.

Luckily there are lots of software tools that can automate the geotagging of images. 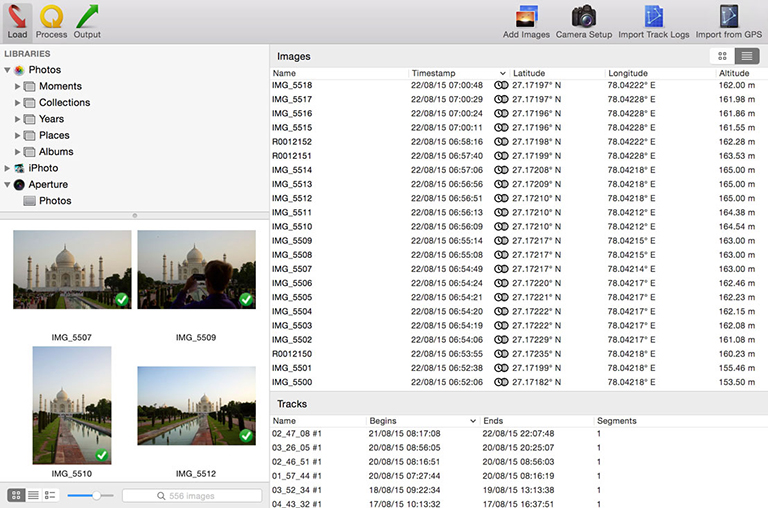 We use HoudahGeo 5 to geotag our photos and believe it is well worth the $50 price tag (there is a free trial).

GoPro Fusion studio looks for GPS co-ordinates in the front images (identified by prefix GF), therefore you need to geotag only the front facing images.

For our requirements, we set HoudahGeo 5 to match the time of the photo to the timestamp of GPS co-ordinates for geotagging. Clearly this means that it is vital the camera and GPS receiver clocks are in-sync (although HoudahGeo does allow you to correct time offsets between devices if they deviate – a very useful feature).

This is not true. Google Street View does support underwater 360-degree photos.

Here are some of the dive sites already captured on Google Street View to inspire you.

Many of these were captured by the Underwater Earth team (who inspired this post – check out their cameras!).

Our oceans are changing quickly.

We need to do a lot more to protect our oceans, and that starts through education.

Help us capture underwater images to inspire others to get involved in marine conservation efforts and keep a record of our oceans health.

We’ll provide the camera kit (including a 360 Bubble), you just need to provide the boat.