I’ve recently begun exploring the possibility of adding an integration with KartaView to the Map the Paths Uploader.

KartaView was founded in 2009 as OpenStreetView. In 2016, TeleNav took over the openstreetview.org domain and started its own service under the name. The service was renamed to OpenStreetCam after an intervention by an unnamed trademark holder (probably Google).

On December 12, 2019, TeleNav sold OpenStreetCam to Grab Holdings (a Singapore based food delivery service) for an undisclosed amount. In November 2020, OpenStreetCam became KartaView.

There are already more than 384 million images on KartaView, covering almost 8 million kilometers of road. 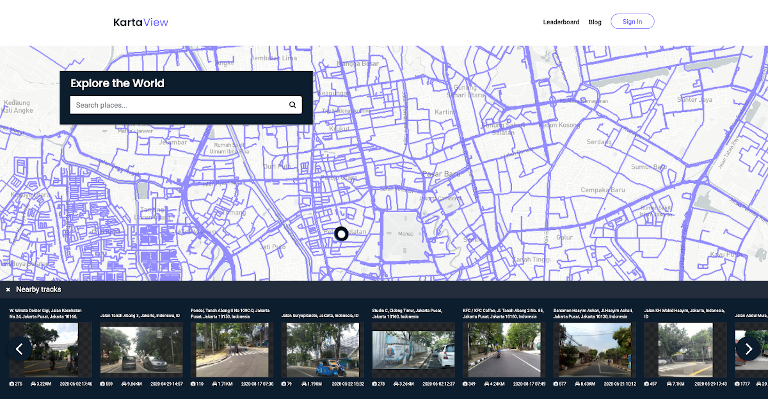 The focus of KartaView is road based imagery, much of which is from dashcam footage. This explains why it was of interest to Grab for an acquisition, as this type of data will be useful for their operations.

There are a two ways to upload imagery to KartaView:

Most dashcam footage uploaded to KartaView comes from people capturing images in their vehicles using their phones.

Any image uploaded to KartaView is released under a CC-By-SA License by the owner and each image can be downloaded in the web app or API by any user.

One of the neat features of KartaView I really like is the ability to recreate the journey by quickly navigating through the images in a sequence using the timeline (though no automatic playback is available).

Like Mapillary, KartaView has a good level of integration with OpenStreetMap to improve map data, including via their own OpenStreetCam JOSM plugin. When browsing images in the web app, you can use the OSM tab to jump into other editing tools too. 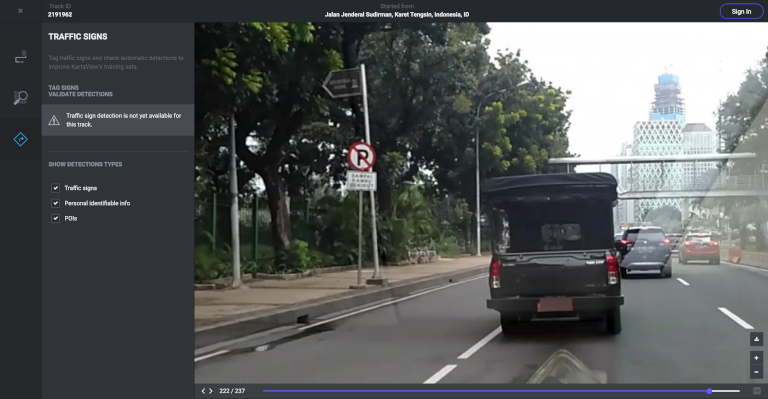 That said, I have not been able to get this to display on the UI, nor do I see detection data exposed via the KartaView API.

All of their codebase is open on GitHub, including the core app and mobile apps (Android and iOS), and are all offered under MIT licenses.

Update 2021-07-24: Nick Whitelegg (founder of OpenTrailView) noted the latest commit of the core app only contains the front end. The old version (with backend included) is still available via commit history here.

I’m going to spend a few hours in the coming week exploring the KartaView codebase and the KartaView API. Check back next Friday when I should have a detailed technical write up of my findings.

A Quick Start Guide to the KartaView API

« Previous post: Migrating from version 3 to version 4 of the Mapillary API Next post: A Quick Start Guide to the KartaView API »