Measuring the Condition of Cycle Paths With Only Your Phone

Use the rRuf mobile app on your bicycle to measure the ride quality.

Use the rRuf mobile app on your bicycle to measure the ride quality. 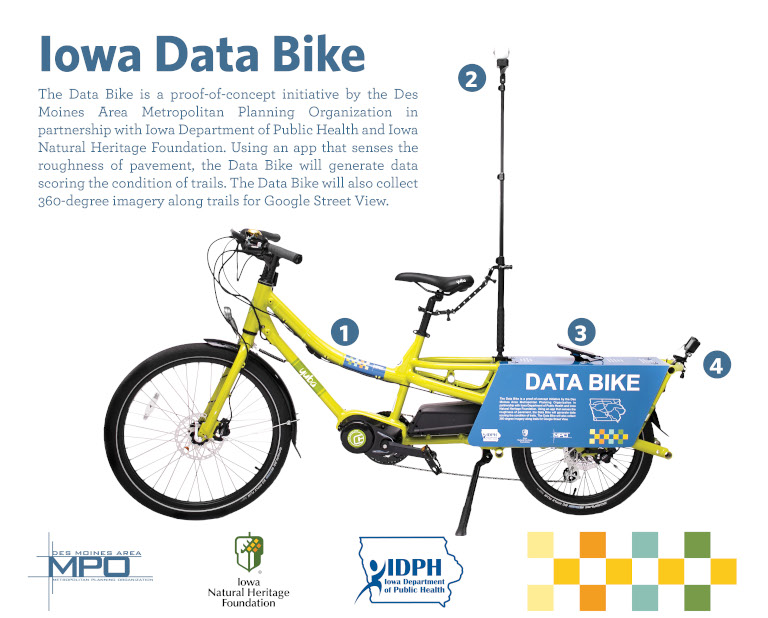 The 360 imagery captured by the DMAMPO Data Bike is used on Google Street View, the rRuf app and GoPro cameras are used to capture ride quality data which in turn is used to identify areas of maintenance and help set future trail budgets.

You can see an example of the augmented data for ride quality in the DMAMPO Central Iowa Trail Condition 2019 Report.

The DMAMPO team used a five point grading system for the quality of each trail: 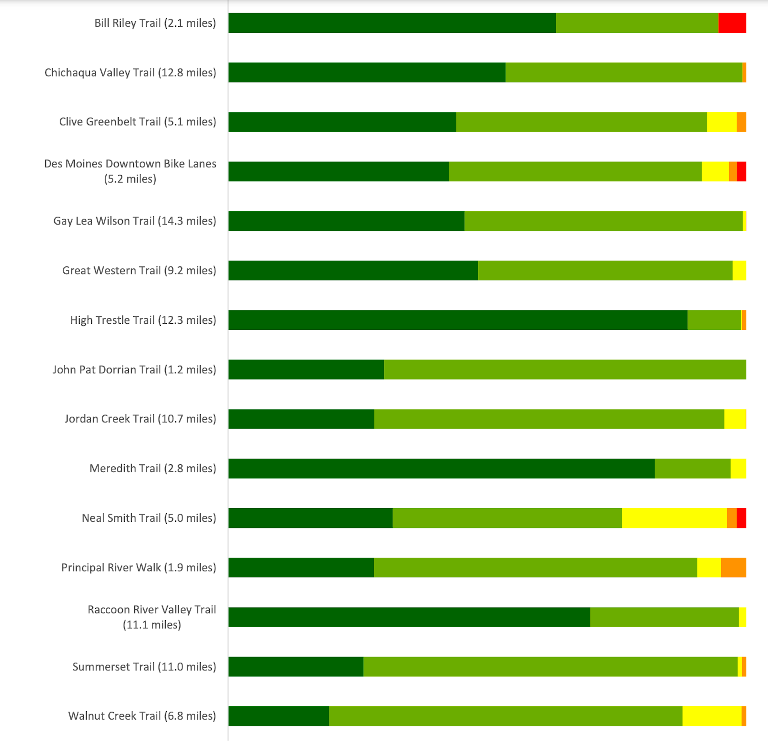 For each trail captured, this grading system provides a very easy way to identify the trails in the best and worst conditions.

This information is captured from the rRuf (‘Road Roughness’) app which measures the roughness of a road using the phones IMU (Inertial Measurement Unit) and reports it on a scale known as a Riding Comfort Index (RCI).

The app is available for iOS and Android phones. 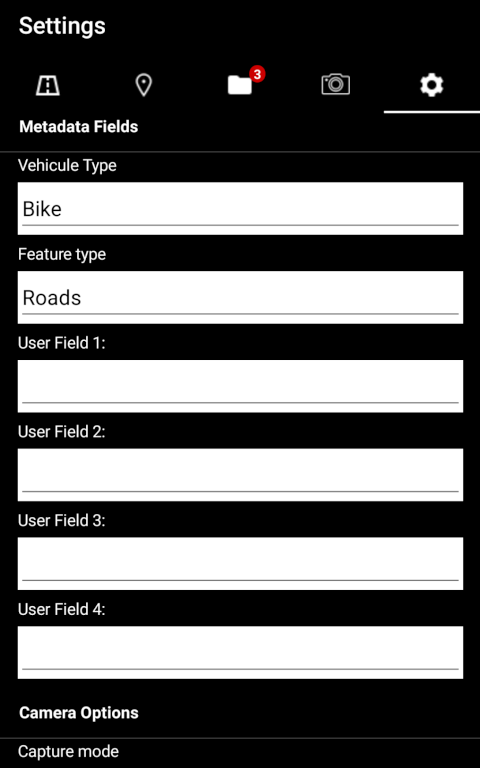 Once installed you can set the transport type. The app seems to be predominantly designed for use with cars, but it does allow you to select Bike as a method of transport. 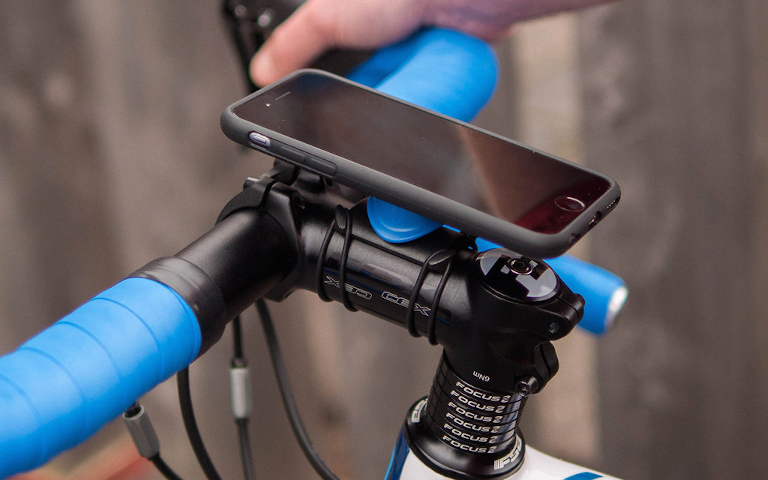 You’ll want to find a secure, flat and snug mount for your phone so that the data recording is captured in the most controlled way. If you have front suspension, locking it will give a more accurate recording of true ride quality.

If you’re planning to capture the quality of paved roads, I can personally recommend the Qualock mount. 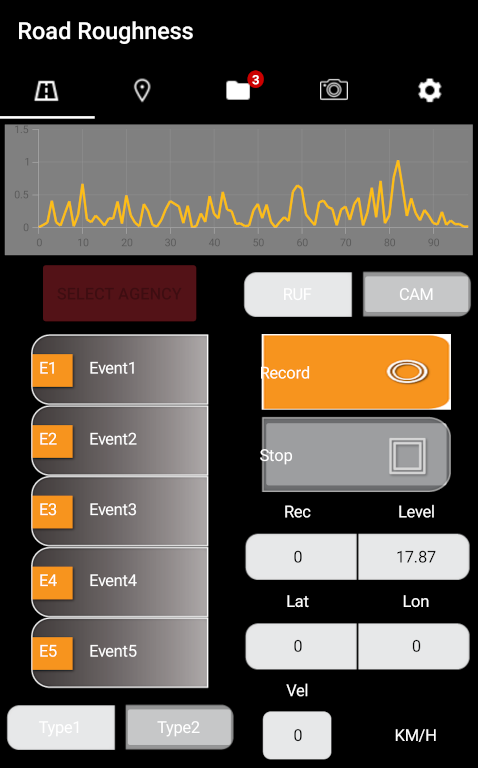 As you ride, the app captures the vibration recorded over time. Once complete, the app saves the following pieces of data into a .txt file:

Note: PavementType and PavementCondition values are only reported if you are a paying customer (otherwise they show as 0).

The time, GPS and pavement fields make it very useful in visualising the data.

As you can see in DMAMPO 2019 report extract above, the 1-5 grading system (PavementCondition) has been overlaid directly on the trail, highlighting the parts in worst condition.

The addition of the GoPro camera pointing at the trail surface capturing GPS tagged photos gives the DMAMPO team a visual reference of what the rRuf app has recorded, translating what Very Rough actually means (“does the paving need to be fixed?”).

Data Bikes Around the World

We’re designing a universal data bike that can be used by local communities around the world.

The bike will be cost effective, and have similar functions to the Iowa data bike offering the ability to capture 360 photos and record ride quality.

If you think a data bike could be a valuable addition to your local area, please contact us for an early look at what we’re planning.

In the meantime, avid cyclists should see how Map the Paths can help improve accessibility, take part in our safer.bike initiative, or grab some inspiration to build your own data bike.

Here are two other consumer mobile apps that can measure sensor data on your phone to record ride quality.

« Previous post: How Map the Paths is being used to improve accessibility Next post: Using the Google Street View app to publish your panoramic photos »