Taking apart a .360 file to reveal its contents to try and understand how it can be processed (without GoPro software).

Taking apart a .360 file to reveal its contents to try and understand how it can be processed (without GoPro software).

Last week I looked at some of the theory behind the GoPro’s proprietary .360 format.

This week I’ll use a video I shot on a Trek Pack v2 (GoPro Max) to try and understand how to work with .360’s in practice.

It was uploaded to YouTube after being converted from .360 to .mp4 (EAC to equirectangular projection) in GoPro Studio.

I can extract a frames from this .mp4 video with ffmpeg by following the instruction in my post; Turning a 360 Video into Timelapse Images.

For this example, I’ll use 1 frame every second: 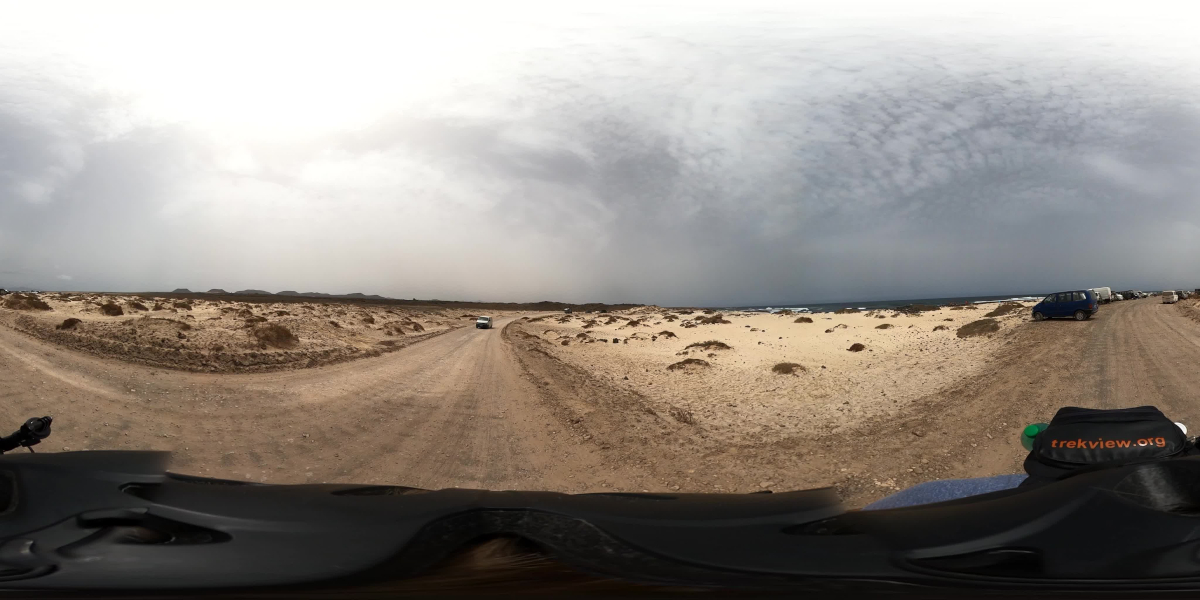 Above is the first frame (reduced in resolution for this post, original = 4096x2048) from the extraction, img1.jpg.

Although it is equirectangular, I have not injected any spatial metadata (as described in the linked post) to this image file. Therefore, it won’t render in a 360 viewer correctly.

Now going back a step, let’s look at the original .360 file (download it here).

Looking at the metadata from the .360 file:

Although it’s a .360 file format, GoPro actually declare it as an .mp4:

We know from last weeks post, there are two video tracks in the file (you can also see this in the exif):

Would run, but would only extract one track.

Therefore we need to explictly define the tracks for extraction. In the case of .360’s this is track 0 and 5:

Note, this extracts at 1 FPS (-r 1). ffmpeg counts from 0, so Track1 in exiftool output is Track0 in ffmpeg.

You can also copy the video file from each track, if needed:

Above is the first frame (reduced in resolution for this post, originals = 4096x1344) for each track of the extraction, img1.jpg. 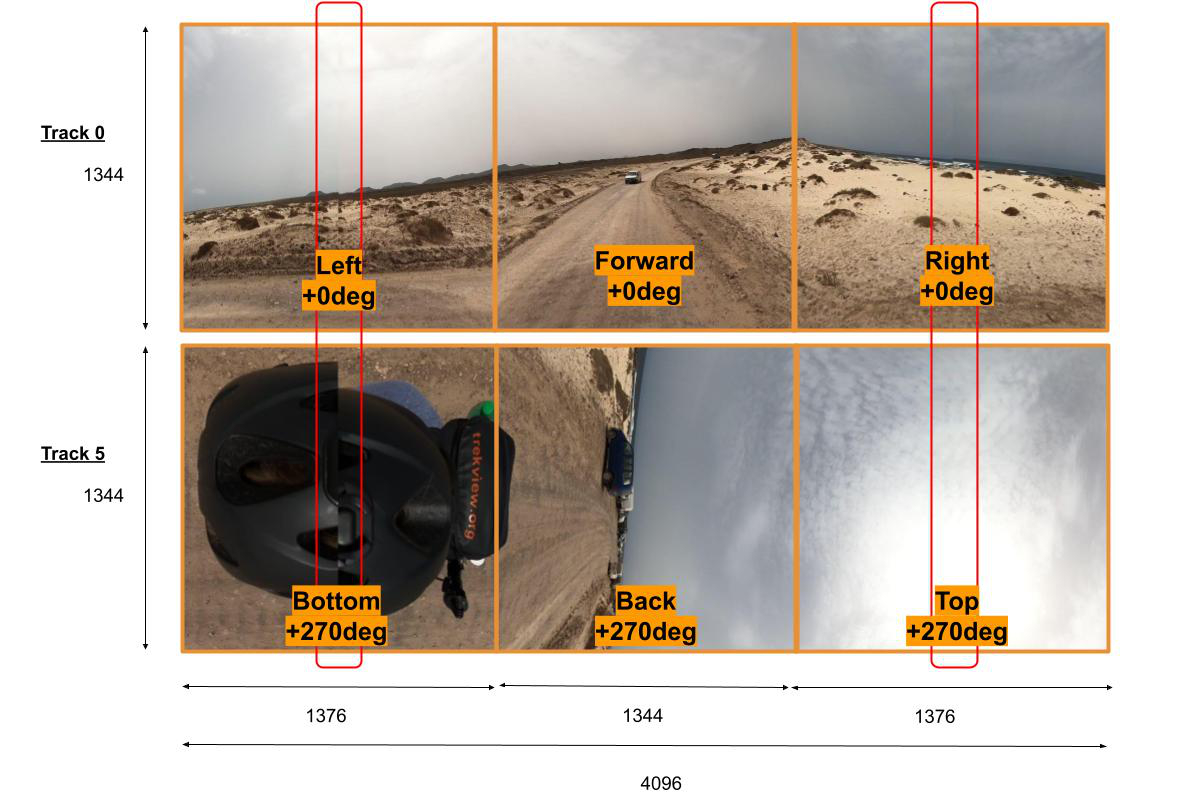 Above are the two images in one track (0 at top, 5 at bottom). I have also added a grid to display each cube annotated with its direction and rotation.

You can create a video file of the two track jpgs in ffmpeg to get this frame like so:

But really this video is useless. In EAC (or GoPro EAC) projection, other software won’t be able to read it. It needs to be converted to equirectangular.

I continue taking apart a .360 file, and trying to rebuild it with a equirectangular projection (without GoPro software).