The network covers over 20,000km of the UK. With your help, we want to capture street-level images for every single one of those kilometers.

The network covers over 20,000km of the UK. With your help, we want to capture street-level images for every single one of those kilometers.

Here in the UK, the National Cycle Network is made up of 8,400 km of traffic-free paths with the remaining 12,101 km on-road.

You can see the entire network interactively here.

Each route is numbered and the numbers follow a defined numbering system. 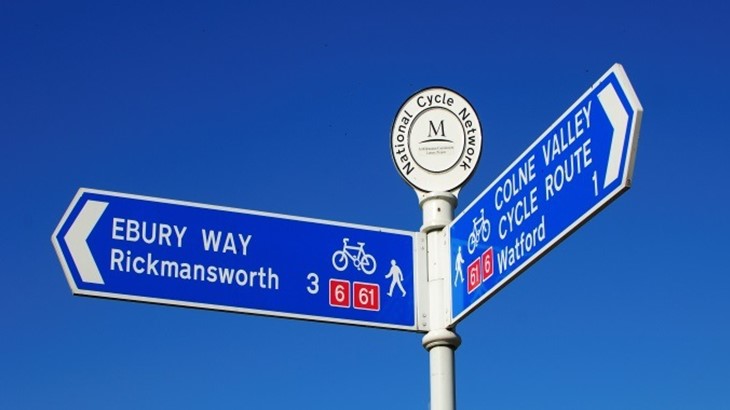 When you’re on route, you can see the signposts indicating the number, direction, and towns/cities along each route.

According to Sustrans who act as custodians of the network, in 2019-20:

With May and June gave us some brilliant weather here in the UK, me and my friends decided to make the best of it by taking to our bikes to explore some of the cycle network.

Here are some of the captures…

The Bristol and Bath Railway Path is a 21 kilometer route on the National Cycle Network, connecting Bristol to Bath.

Above you can see the defunct Warmley Station now housing a great cafe for a rest stop that’s almost equidistant between the two cities.

Drake’s Trail is a 22-mile walking and cycling route, starting in the maritime city of Plymouth and ending in Tavistock, on the wild western edges of Dartmoor.

This ride follows a section of the railway line between Brockenhurst and Wimborne which was known as Castleman’s Corkscrew.

Not sure how to get started? This post will explain everything.

I believe that together that we can capture imagery for over 10% of the UK’s network this summer.

« Previous post: Solutions for tracking your position when underground or under-canopy Next post: Collecting street-level imagery of the UK National Trails »