In the first part of this post I will show you how to turn a video into a series of images for more flexible editing options.

In the last year I’ve covered topics about the metadata found in a 360 video, how to extract a GPS track from them, and video compression.

The problem with video files is they’re often difficult to work with as a beginner.

The problem; many software programs will completely strip the GPS telemetry from the video if you do this, others will remove other important metadata from the video, such as [XMP] ProjectionType (used by software to recognise the video as either 360 or 2D).

I’m yet to find the perfect 360 video editing tool for mapping. This is one of the reasons we don’t recommend capturing virtual tours in video mode using the Trek Pack.

That said, sometimes you might have captured a brilliant video of a trail – perhaps skiing a piste or a downhill MTB trail – where your intention was not to use the images for mapping, but to share with friends on YouTube, however, now realise that video would be great to use on Mapillary or Google Street View.

In such cases it’s possible to convert the video to images (with the help of ffmpeg).

For this guide I’ll be using ffmpeg, a free and open-source project consisting of a vast software suite of libraries and programs for handling video, audio, and other multimedia files and streams.

The demo video will be an .mp4 video filmed using a GoPro Fusion with GPS enabled shot at 5.2K and the final file encoded using H.264 at 4K at 30 FPS using GoPro Fusion Studio (no Protune). The file size is 86.2MB and runs for 16 seconds.

Taking the .mp4 file, I can break it down into 1 second frames at desired intervals using ffmpeg.

I’m going to use .jpg for the output into a directory called FRAMES (note for filename, ‘%d’ is replaced by the image number).

This command includes the following arguments: 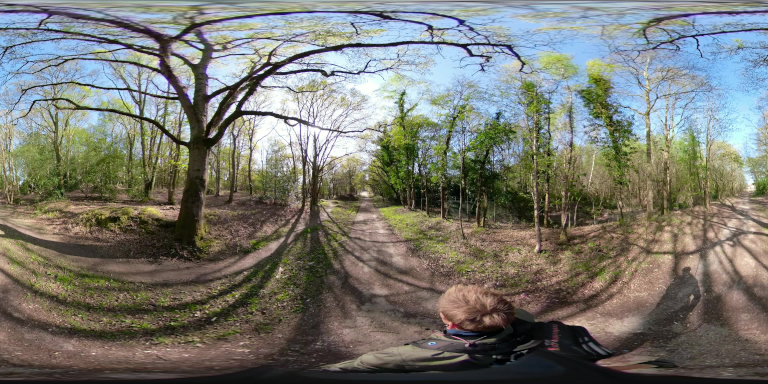 If you want a higher (or lower) sampling rate, just change the -r value (e.g. -r 0.5 = 2 frames per second). Don’t forget to check the sampling rate is not greater than the framerate of the video.

A note on video capture and quality

I mentioned at the start this video was show in 4K.

The reason why this happens is described in this post.

ffmpeg strips frames of metadata when converting from a video file. The metadata includes things like timestamps and GPS, both are crucial pieces of information when mapping.

I’ll show how to re-embed metadata next week…

You can use the Map the Paths Uploader to easily split videos into meta/geotagged images (without having to upload them).

Download the Map the Paths Uploader for free here.

The Latest Treks in Your Inbox

Each month the Trek View curate our favourite treks on Map the Paths and send them out via email. Create a Map the Paths account today to subscribe to these emails.