The network covers over 4,000km of England and Wales. With your help, we want to capture street-level images for every single one of those kilometers.

The network covers over 4,000km of England and Wales. With your help, we want to capture street-level images for every single one of those kilometers.

For the past few weeks I’ve been sharing a lot about 360 tours captured on bikes. Don’t worry, this is not another one.

Instead, I thought I’d go back to Trek View’s roots and share some of my hiking adventures of National Trails here in the UK over the past few years. Hopefully it will inspire you to get out-and-about this summer.

For those unfamiliar, the UK National Trails are long distance walking routes through the best landscapes in England and Wales. 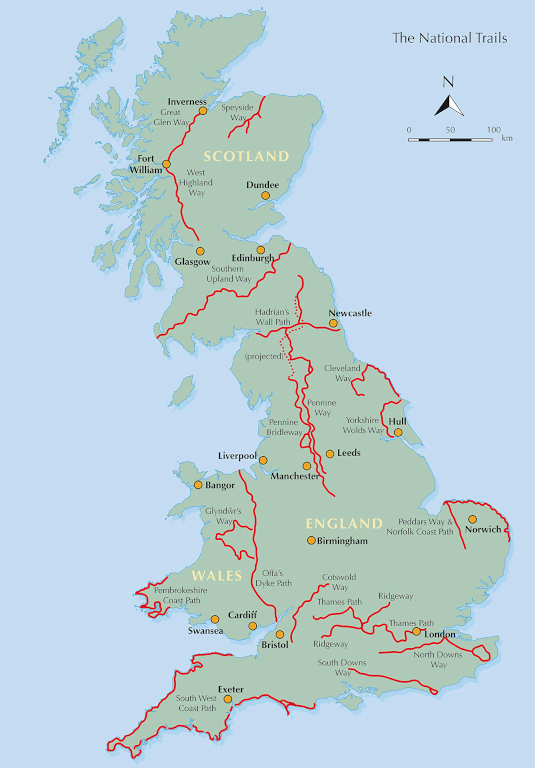 There are 16 National Trails in the UK:

This tour was captured above the picturesque harbour of Boscastle, Cornwall (just one of many along the route).

The South Downs Way is another spectacular trail, starting inland at the UK’s first capital city, Winchester, and ending in Eastbourne, close to the Seven Sisters cliffs shown in the image above.

The North Downs Way follows ancient routes on a modern-day pilgrimage starting in Farnham, Surrey, and finishing on the Kent Coast at Dover.

Following a ridgeline for much of the trail, the trail offers some stunning views en route. The image above taken at Saint Martha’s Church on the trail, about 3 km outside of Guildford, Surrey.

Take part in a Map the Paths capture challenge by uploading your imagery of the UK’s National Trails (or your own local hikes).

Not sure how to get started? This post will explain everything.

I believe that together that we can capture imagery for over 10% of the UK’s network this summer.