The good, the bad, and the very, very slow.

The good, the bad, and the very, very slow.

I’ve talked before about how (and why) the GoPro Max, when using a 360 video mode, creates a .360 file format of the recording.

To convert a .360 to a more widely understood codec (like .mp4) GoPro have built GoPro Player.

You can import the .360 shot on your MAX, and select a variety of useful options during conversion, including;

Though it’s not perfect. 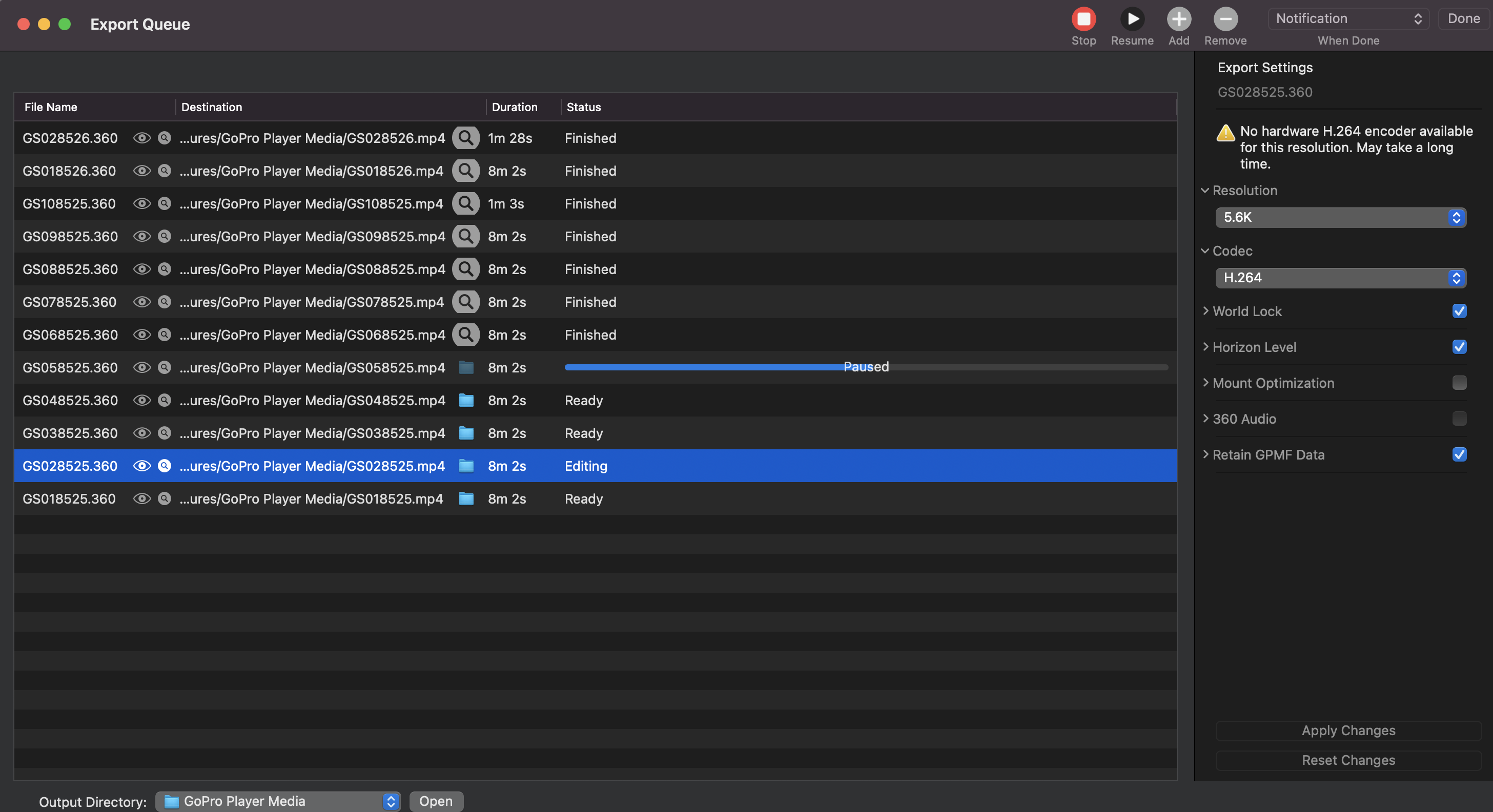 There are also many longstanding bugs in the software. For example, the Windows version of GoPro Player still won’t allow you to retain GMPF in the final video when exporting to H.264 – this only works on the Mac version.

In September we spent a long time researching the .360 file format. The result of the work was a proof-of-concept script that could convert .360’s to equirectangular geotagged images (which could then be converted to a video).

The script doesn’t offer the levelling functions of Studio, yet. Not including this feature means it’s faster than GoPro Studio, but still pretty slow.

We’re currently working on a new product, Explorer, that will allow you to upload your .360’s to the web app and it will then convert them for you in the backgroun on our cloud servers.

No more waiting hours for your computer to complete the conversions (and running very slow in the process). More info soon! Stay tuned by signing up for the newsletter below.

What are GoPro LRV, THM and WAV Files?

An Introduction to the Camera Motion Metadata (CAMM) standard

« Previous post: What are GoPro LRV, THM and WAV Files? Next post: My Favourite Geo For Good Summit 2021 Talks »